7 Video Poker Myths To Dismiss If You Want To Win

7 Video Poker Myths To Dismiss If You Want To Win 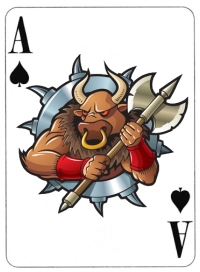 To be honest, winning at video poker implies using a good strategy and knowing when to stop. In addition, winning money also means dismissing the innumerable stories and superstitions – some of them listed in this guide – associated with the game. Take a look at the myths you need to dismiss: 1. You can beat the RNG The sole purpose of the RNG is to ensure every player has a fair chance of winning. In order to guarantee an even chance for all, it will shuffle the card deck until you hit the “Deal” button; the process is repeated until all the slots are filled. Given the above explanations, it’s clear that it’s impossible to use a strategy or follow a pattern to beat the RNG. 2. The hot/cold machine myth Without denying that it’s frustrating to lose many times in a row, take note that your losing streak has nothing to do with the video poker machine. Therefore, instead of striking, yelling or negotiating with the machine, a far better approach implies taking some time off from the game to analyze your gaming session thoroughly and identify what you did wrong. 3. Hunches can win you the game In spite of the fact that there’s nothing wrong with trusting your guts from time to time, hunches don’t influence the outcomes of the game. It’s plain and simple: sometimes they work, sometimes they don’t. Whenever you’re in the position of choosing between placing a bet based on a hunch or by trusting math, it is best to go with the latter. 4. The winning streaks come after the losing streaks and vice versa Some players strongly believe that some video poker machines are intentionally programmed to have winning and/or losing streaks. Because the association between a good and bad streak comes only after you experienced one, then the belief is nothing more than erroneous thinking. As previously mentioned, the RNG is there to ensure everyone a fair chance at winning. 5. You must throw the kicker card If you’re a fan of the Double-Double Bonus Poker, then you’re familiar with the idea of a kicker card; when you’re trying to get four of a kind and you have three of a kind and a kicker, then the popular belief dictates you should throw the kicker to get an extra shot. Whether or not to throw the kicker is situational, meaning that disregarding it can mean hurting your chances of a good game return. 6. This is a due machine Granted, when you constantly get three aces, but regardless of what you do, the fourth one fails to show up, then you might be tempted to believe the machine is due. Nothing can be further from the truth, as in video poker, you have a very high number of combinations, most of which are actually losing hands. 7. Using a club card tightens the machine Considering that you can read the paytables on the screen of the video poker machine, it’s easy to understand why this statement is flawed. In fact, the beauty of video poker is that you know exactly what to expect in terms of winning and losing. As far as the club cards are concerned, they have nothing to do with the outcomes of the game. In addition, you should make a habit out of using them, especially since they come with numerous freebies and exclusive promotions.
strategies|strategy|tips|video poker